Ab-Soul Releases Newest Project, ‘Do What Thou Wilt.’

Do What Thou Wilt. is Ab-Soul’s first release in two years.

Top Dawg Entertainment’s (TDE) Ab-Soul released his first project since 2014 today. The artist described Do What Thou Wilt. (DWTW) as a love story in 2015.

It's a love story.

Today has been a day of releases for artists worldwide. On the hip-hop side of things, both J. Cole and Ab-Soul have released their first project in two years. TDE’s CEO Anthony “Top Dawg” Tiffith posted about the releases of his artists earlier this year. So far this year, ScHoolboy Q, Kendrick Lamar and Isaiah Rashad have all released projects in 2016. Jay Rock released one in 2015 and the only two remaining were SZA and Ab-Soul, that is, until DWTW. The announcement also came before the official addition of Lance Skiiiwalker to the TDE camp.

Herbert Anthony Stevens IV–known professionally as Ab-Soul–released his last project in 2014 with These Days….The album was well received by some, but generally did not hold up to his 2012 release, Control System. With DWTW, fans are expecting the reviews to hold up to what is expected from Ab-Soul.

“I just feel like,” Ab-Soul said. “This time right now…we need to pay more attention to [women] and how we are discussing them, especially in hip-hop and in entertainment. How we’re going about showing them respect or not. I think it’s very important. We [have to] remember we [have] mothers, we [have] little sisters…we want to make sure we treat women with that same respect…the subject matter [depicts them as] items…There’s no real tribute. I thought that was important to do.”

Ab-Soul described the title of his album on the RapRadar podcast with Elliot Wilson and B. Dot.

“‘Wilt’ is old english for ‘will,'” Ab-Soul said. “So you know we can basically translate that to ‘free will.’ Do what you do. Not do what you want. I think that…a will is stronger than a want. Or desire. What you will to do is supported by love and passion. That resonates with me seriously.”

DWTW was officially announced and given a release date only a couple of days ago, receiving the surprise project treatment that has started to become a trend amongst musicians. Giving such short notice and releasing on a digital-first or digital-only platform also allows for the prevention of a leak, though it isn’t always 100 percent foolproof.

Ab-Soul, who suffered from Steven Johnson’s Syndrome when he was younger–a disease that pjlkjlj–needs to wear sunglasses at all times due to the amount of sensitivity his eyes have with lights. Soul said his corneas are severely scarred and, because of that, he gets “bad glares with the sun at certain angles.” With the cover, Soul wanted to show his eyes, he told RapRadar.

“The main thing was to try to get my eyes,” Soul said. “I think that’s something I needed to bare this time around…As difficult as it was, you know, for me, with the lights and whatnot with the flash…it took us a couple [of] hours to try to get it.”

Oddly enough, J. Cole’s album 4 Your Eyez Only will be dropping–unintentionally titled as Ab-Soul mentioned.

“Huey Knew” serves as the lead single on the album–it was released back in September and received visuals in late October. The song was followed by the song “Braille,” which features Dreamville Records’ Bas, and then the visuals for it.

Ab-Soul premiered “Raw (Backwards),” which is the opening track on the project, yesterday and it quickly jumps into the mind of Soul who appears frustrated, but ready to put the rap game in a vice grip.

“Threatening Nature” and “D.R.U.G.S.” preceded the release of “Raw (Backwards)” and are available for streaming. However, with the project having been released, why not pick up or stream DWTW today?

Listen to the album currently on Apple Music–and Spotify. 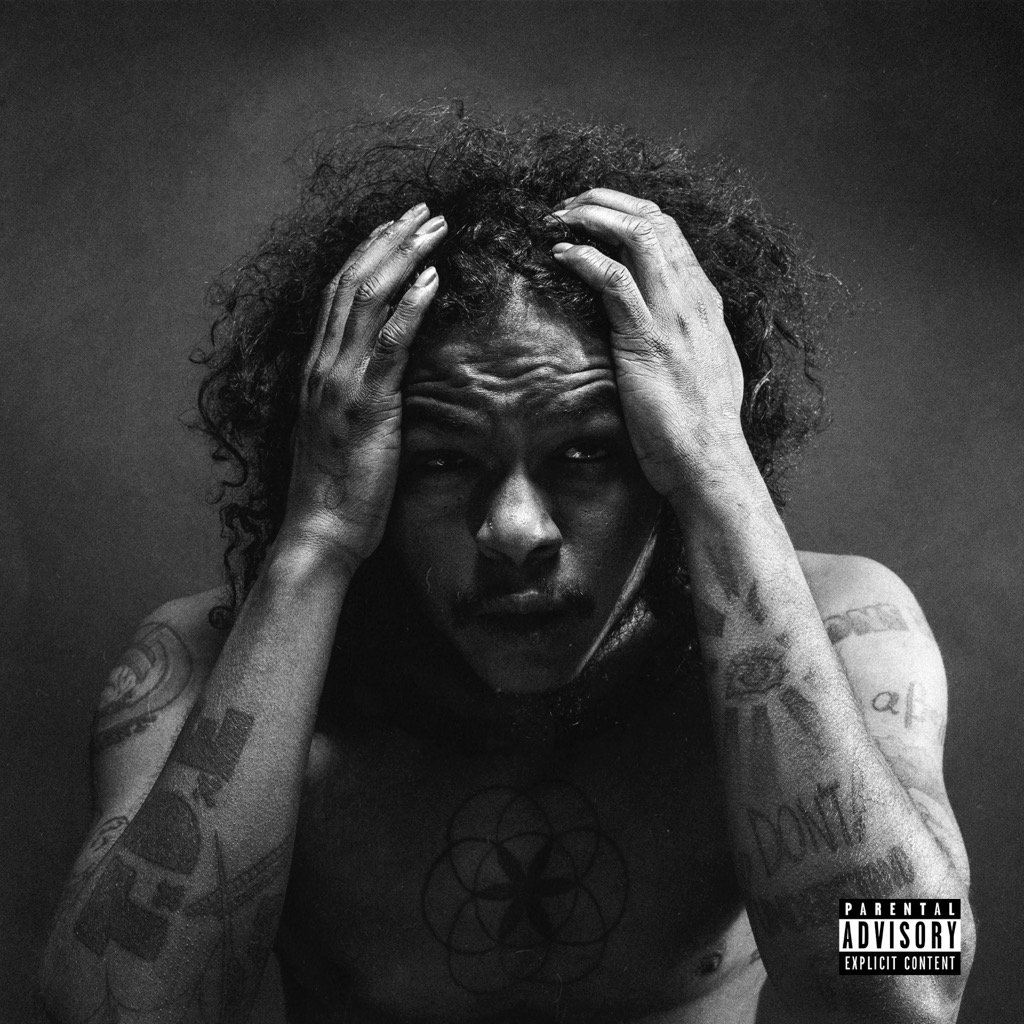 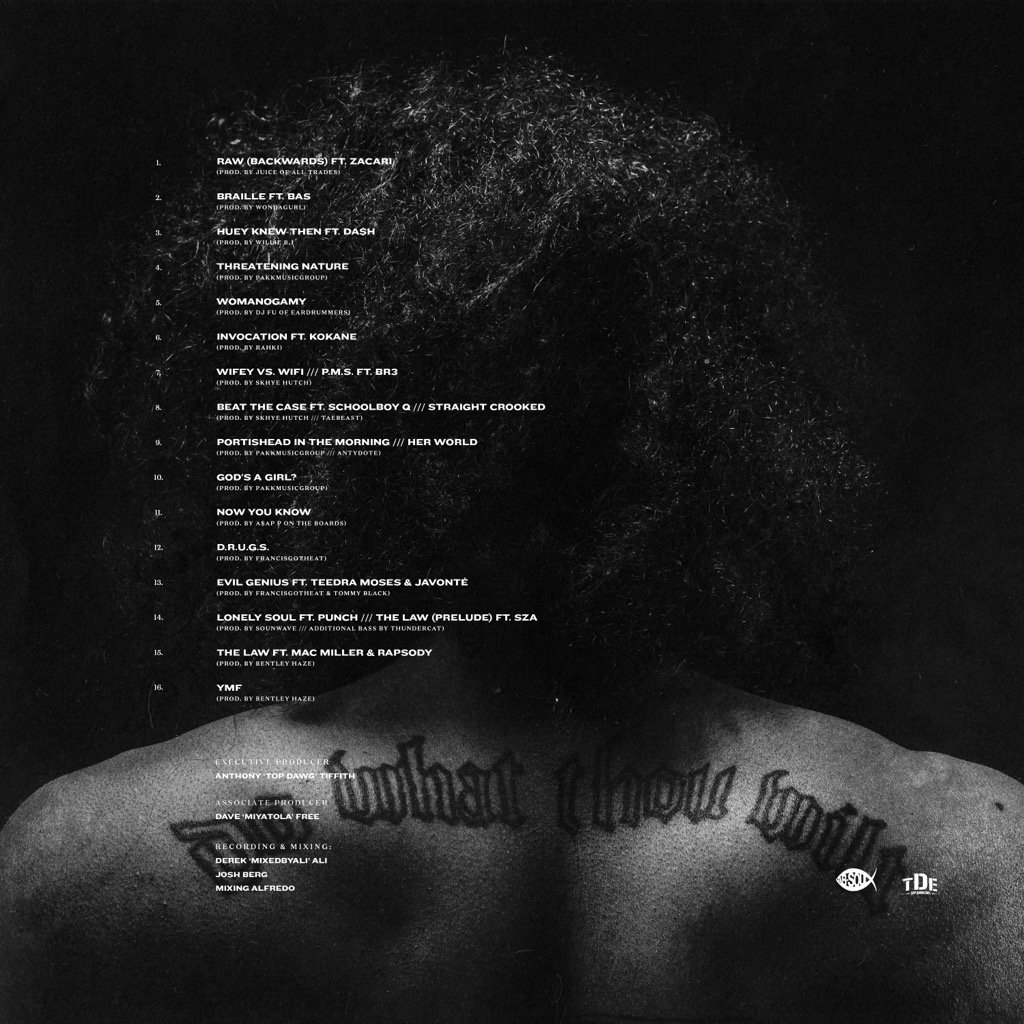