After having been relatively quiet since the release of their 2013 album Spreading Rumours, American indie-rock band Grouplove announced their newest project.

The past two years have been fairly quiet for Grouplove, having only released “Let Me In” in 2014 for the 20th Century Fox movie, The Fault in our Stars and their aforementioned LP in 2013.

The band took to Twitter to announce the name of their newest album and a subsequent tour for it. Big Mess will be the band’s third studio album and was announced alongside a multi-nation tour to begin in July. Fans who pre-order the new album will be eligible for the early access to the tickets for the tour. On their site they have many different packages for the album release that include vinyls, discs, shirts and more.

With the announcement of their album name and release date, Grouplove also released a trailer video of sorts.

The world tour branches out to many countries and will touch North America for a couple of months. All of the dates can be found on their website, but here are the North American dates. 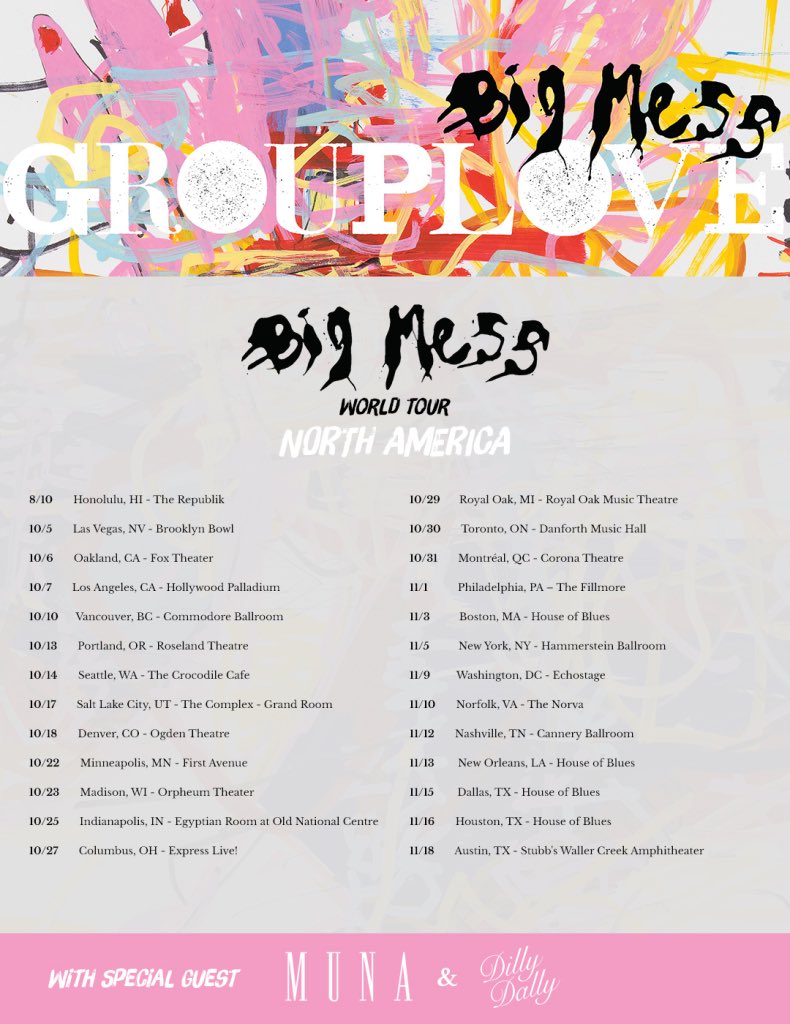