Award-winning Canadian folk-rockers, The Strumbellas, have their eyes set on topping the rock charts in the U.S. with the first single off of their third album; a kind of sing-along rock tune that just might help them do that.

The single, “Spirits,” is a radio-friendly song that has the music world taking note and listeners hitting the replay button.

The song has spent nine weeks climbing the Billboard Alternative charts, cracking the top ten for the last four weeks. Their placement in the charts have effectively thrown the band in with the top names in the Alternative scene such as Cage the Elephant, Foals, X Ambassadors, and Twenty One Pilots. In February, attesting to the popularity of the single, iHeart Radio named The Strumbellas as one of their “On the Verge” artists. “Spirits” currently has more than 6 million Spotify plays and the James Bond-inspired video is closing in on 1 million views on YouTube (video available above). Recently, the band performed the song on “Jimmy Kimmel Live.”

Frontman Simon Ward said in an interview with Billboard that the theme for the video was inspired by the “celebration-style” funeral scene in the 1970s James Bond film “Live and Let Die.” The video captures the celebration, but with the array of costumes and actors sporting decorative skull face paint, the final march looks more as if it were a meeting between Halloween and the Mexican Day of the Dead paraders. Either way, the visually colorful costumes are pleasing to watch and, by the song’s end, like the guns and spirits in the band’s heads, the tune won’t easily be forgotten.

Being the first single off of Hope, the band’s third album, expectations are for the album to expose The Strumbellas to a wider audience. “The strategy for this record, as opposed to the other records, was that we were really looking for a bigger sound,” Ward said in his interview with Billboard. The album is the first with their new label, Glassnote Records–a label home to folk-rock gods Mumford and Sons.

The Strumbellas found early success in 2009 with the release of their self-titled EP and continued that success with the release of their full-length LP, My Father and the Hunter, in 2012. After its release, My Father and the Hunter was nominated for a 2013 Juno Award for Roots & Traditional Album of the Year. Their 2013 follow-up, We Still Move on Dance Floors, was also nominated but unlike its predecessor, it took home the Canadian music award.

Hope is set to release on April 22. With a small tour, including dates for South by Southwest (SXSW), already scheduled, the band is set to make their impact in the U.S. at any moment. 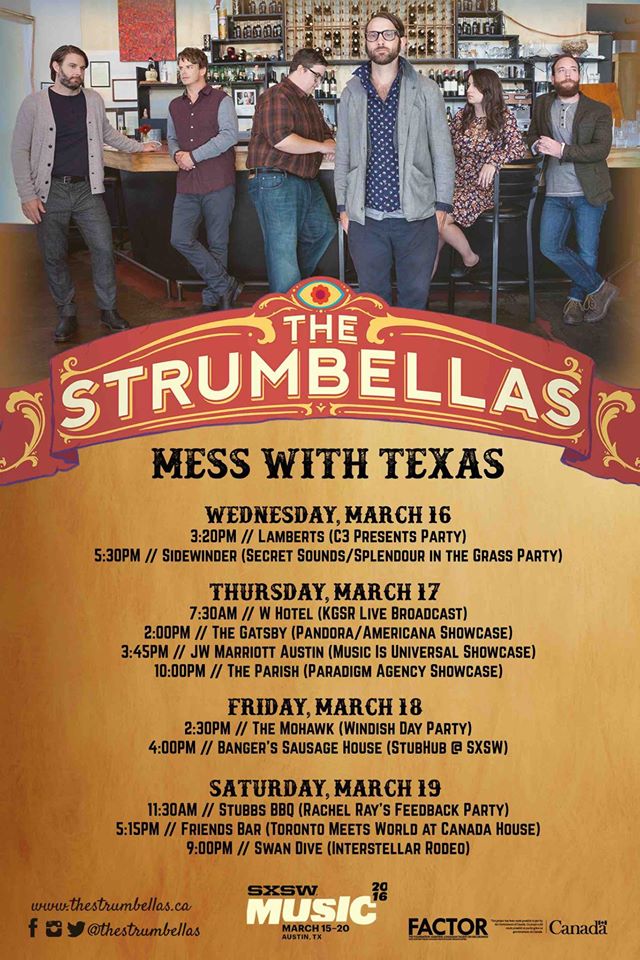 the authorJuan Siliezar
Juan is a Providence, R.I.-based writer who contributes to the modern rock section. Juan is an avid writer, reader and lover of simple things. Besides music, his interest lies in education. He writes grant proposals for a Boston education nonprofit and was a contributing writer at Noodle Education.
All posts byJuan Siliezar

Afeni Shakur, Mother of Tupac Shakur, Has Passed Away at 69